A COMEDY (WHAT ELSE!) by Gary Bird

Whatever your form of impending madness, let Daire and Viki treat you in “Psychoanalysing the Audience” and all your problems with be solved! Satisfaction guaranteed!

(Note: in terms of legalities, “Satisfaction” does not necessarily extend to the spectator’s satisfaction, and participation in this show as an audience member does not constitute any kind of contractual agreement. The author and performers do not assume liability for any ill effects to audience members aside from laughter.)

Join Daire and Viki as they seek to cure the audience of any impending madnesses! 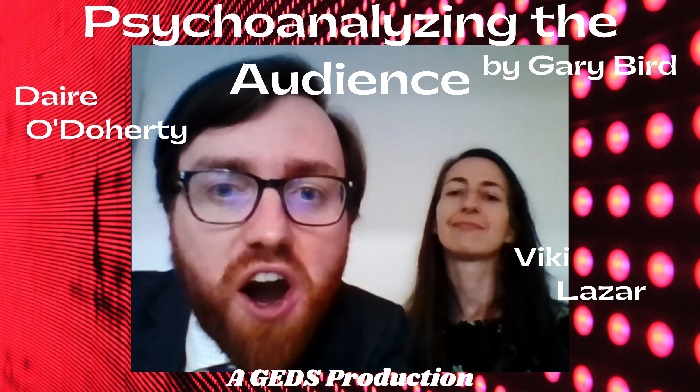